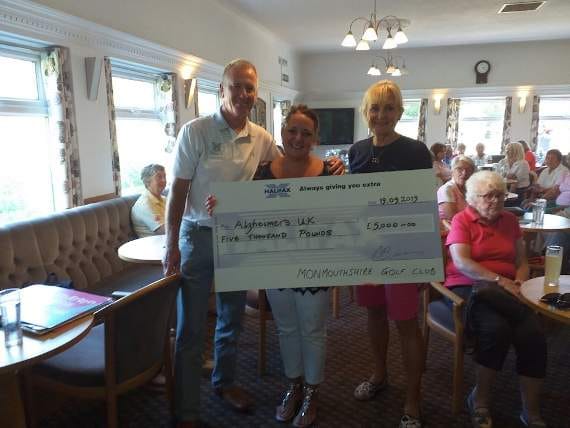 Caroline Cole won the Ladies Championship, beating Dawn Towell, in a match where the standard of golf was exceptionally high.

Cole’s first victory came in 1997 and she has won 12 championships altogether, an impressive total.

Busy bees at the Monmouthshire

The latest junior success for the club this season came when Oliver Hulbert won the Ping Welsh Junior Tour in great style. Organised by Golf Wales, the competition is aimed at encouraging young golfers and there are six regional events culminating in the Finals that were played at Newport Golf Club.

Hilbert did remarkably well, winning both the Order of Merit for the regional events as well as the Final – a golfer to watch for the future it seems.

The Club Captain and the Ladies Captain joined together this year in their charity appeal and together they raised an amazing £5000 for Alzheimer’s UK.

They are pictured making the presentation to Rhia Stankovic of the South East Wales branch of Alzheimer’s UK.