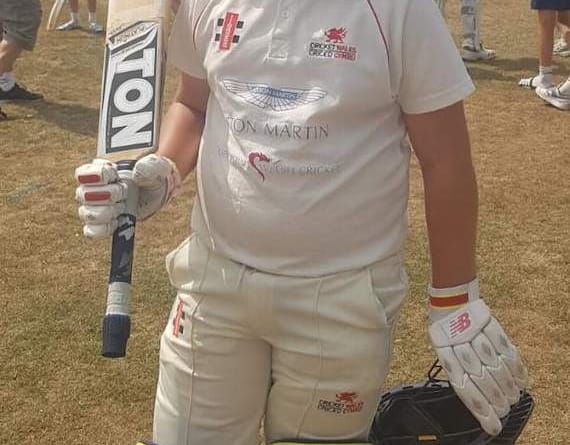 ABERGAVENNY Cricket Club’s Tom Norton has had a memorable season and set a club record that is unlikely to be surpassed.

Every cricketer dreams of scoring a century at whatever level they play at and Norton is no exception. That dream became a reality this season. In a match playing for Wales against London Schools at Edmonton Cricket Club he scored 115 not out and Wales went on to win the match. Just 11 days later Norton managed to pass the milestone again. Playing for Gwent against Cardiff and Vale he scored 126.

A warm welcome for Wallace at Aber CC

Victory on a plate for Aber youngsters

Overall Norton has played 46 matches, scoring 1268 runs, 526 of them for Wales. He has managed to score two centuries, and 50 or more runs on another eight occasions. He has captained Wales U11s seven times this season and as well as having a prolific season with the bat he has taken 22 wickets with his occasional off spinners.

It is not surprising that Norton is an outstanding cricketer for his age, as he hails form a distinguished sporting pedigree. His grandfather Des Norton played for Abergavenny Thursdays in the 1960s and 70s and his great grandfather is R T Evans, the Abergavenny flanker who went on to play for both Wales and the British Lions.

Norton’s parents are both delighted and very proud of what their son has achieved this season. They fully appreciate what it takes to get to this level of performance and are grateful to the coaches at Abergavenny Cricket Club, Len Wilcock, Nick Kinman, Kyle Holmes, Darren Jones and Geraint Leach.