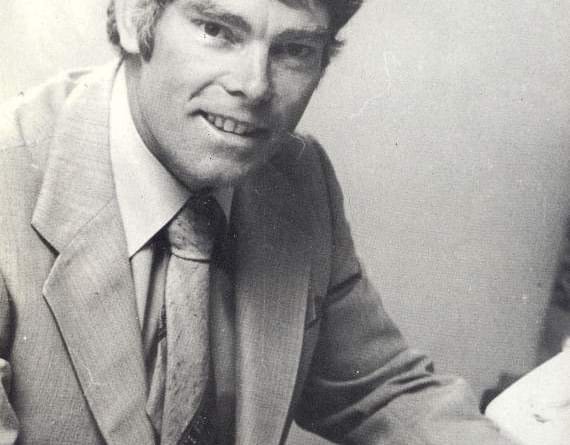 Tributes have been paid to one of the most successful managers in Newport County’s history, who lived for many years near Raglan and coached at Monmouth Comprehensive School after more than 1,000 games in management.

Len Ashurst, who has died aged 82, famously led the Ironsides to the quarter-finals of the European Cup Winners Cup in 1981 as well as the old third division.

He also gave coaching sessions at Monmouth Town FC, where he spotted Steve Lowndes playing in the youth team and took him to County, launching the youngster on a career where he went on to play for Wales against the likes of Brazil and make more than 600 Football League appearances.

Liverpool and Republic of Ireland legend John Aldridge, who played in the Ironsides team with Lowdnes, posted in tribute: “Really sad to see my first manager Len Ashurst who introduced me to professional football at Newport County pass away!

Glider crashes after pilot, 84 flies away from Usk airstrip

“I will always be truly grateful for the opportunity and management he gave me. RIP boss.”

Prior to management he was a successful player who won England youth and U23 caps, and holds the second highest number of appearances for Sunderland, playing 458 times.

Black Cats 1973 FA Cup final hero and former teammate Jim Montgomery, who holds the club record, posted: “Len always gave everything on the pitch, but off it he was a family man who was a perfect gentleman and was always immaculate in collar and tie.”

Following his death on September 25, Sunderland held a minute’s silence at their next home match for their former defender, who also later managed them and led them to the 1985 League Cup final.

The Ironsides held a minute’s applause last week before their 3-0 win over Scunthorpe having posted: “Newport County AFC is saddened to learn of the passing of former manager Len Ashurst. Our thoughts are with Len’s family and friends at this difficult time.”

‘Lennie the Lion’ also enjoyed two spells at Cardiff City in the 1980s and 1990s, winning promotion to the old third division in 1983, and other clubs he managed included Hartlepool, Gillingham and Sheffield Wednesday.

Having overseen more than 1,000 games as a manager, Ashurst was inducted into the League Managers’ Association Hall of Fame in 2014.

After finishing his managing career in 1993, he worked as an administrator at the Football Association helping set up the modern academy system and a match official assessor for the Premier League, as well as coaching football at the likes of Monmouth Comprehensive School.

Monmouth Town Fc stalwart Terry Cleaves, who played with Lowdnes in the youth team, said he had “lots of great memories of Len”, who lived for many years at Llansoy near Raglan.

“He was guest of honour at our dinner/dances at the Kings Head and sent teams up for pre-season friendlies. He was a genuine man, no frills, always friendly and is fondly remembered.”

Monmouth Town Fc had close connections with County during Ashurst’s reign when he spotted Lowdnes and launched him on his career.

And Terry said: “About four years after we played together in the youth and Len gave him his chance, I went to Cardiff to watch Wales v Brazil and Steve played against Zico!”

As manager of Newport County from 1978 to 1982, when the team included the likes of Aldridge, goal machine Tommy Tynan and John Relish, they won promotion to the old third division, won the Welsh Cup and enjoyed a famous 2-1 FA Cup win at Somerton Park over Trevor Brooking’s West Ham United.

Travelling behind the Iron Curtain in 1981 to play East German champions Carl Zeiss Jena, who included seven internationals, County pulled off a miraculous 2-2 comeback draw in the quarter-final of the Cup Winners Cup to set up a fabulous night at Somerton Park in front of 18,000 fans.

County bombarded the Germans’ goal but the woodwork and an inspired East Germany national keeper Hans-Ulrich Grapenthin somehow kept the ball out of the net, and their opponents sneaked a 1-0 win to take the tie 3-2 on aggregate.