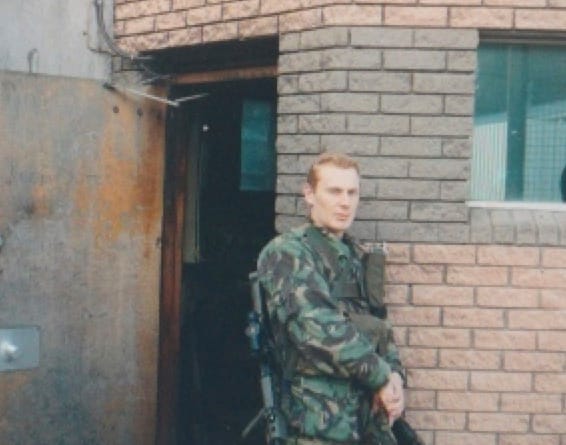 REMEMBRANCE commemorations will be taking place all over the area today and at their heart is the Royal British Legion.

The Royal British Legion in Wales has helped countless ex servicemen and woman over its 100 years. The area welfare team is on hand to help anyone who is serving, has served or may be the dependent or carer of someone who has served in the UK’s Armed Forces

They can offer financial aid in an urgent crisis, help homeless ex-Service people get back on their feet, advise on compensation claims, offer careers advice for those looking to make a fresh start after leaving the Forces, arrange home or hospital visits and much more.

News from the Farmers Union Wales

Stretch of A40 in Abergavenny to close for almost three months

You can also use our online self-help knowledge base to find the information you need.

Among those who have received support and advice from the Royal British Legion is Abergavenny Chronicle sales account manager Nigel Morrell who served in Ireland, Bosnia, The Gulf and Afghanistan.

Nigel explained that he turned to the legion when he left the army and they provided invaluable help in finding housing for him and his family and setting him on the road to success in his new civilian life.

ABERGAVENNY - Friday, November 11 - 10:50am – 11:10am – Maroon Gun Salute at the Castle to mark 2 mins silence on Remembrance Day, also short service at the same time at the War Memorial on Frogmore Street

Sunday, November 13 – 10:25am – service held in the tunnel at the Market Hall for the laying of wreaths at the memorial plaques, followed by parade up to the War Memorial at Frogmore Street for the full Armistice Service 10:55am – 11:45am.

BRYNMAWR - Remembrance Day Parade and Service will be held in Brynmawr on Sunday, November 13, assembling at 10.15am outside the old Legion Club at the top of Beaufort Street and setting off at approximately 10.25am, via King Street, Somerset Street and Bailey Street to arrive at the War Memorial on Market Square for the Service of Remembrance to commence at 10.45am, after which, the parade will reassemble on Alma St. and proceed to Brynmawr Rugby Club via Clarence St and Curzon Street.