Have your say on policing 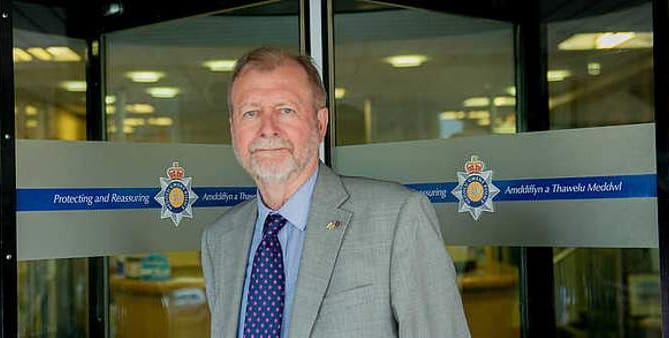 The Police and Crime Commissioner for Gwent, Jeff Cuthbert, is asking residents for their views on police funding for the next financial year.

Almost 50 per cent of Gwent Police’s overall budget now comes from local council taxpayers and the Police and Crime Commissioner is responsible for setting the amount that residents pay towards policing each month.

To make this decision, he must take into account the amount of money that the Chief Constable says Gwent Police needs to operate an efficient and effective service, the annual financial settlement from the UK Government, and the affordability for local council tax payers.

Jeff Cuthbert said: “The daily demands on policing continue to grow. I have committed to increasing police officer posts in Gwent and I am proud that today we are in a much better position than when I was first elected in 2016, with more than 200 extra police officers serving our communities.

More than a dozen electricity thefts in Gwent last year

Tory candidates in race to be PM visit county

“Our medium-term financial planning tells us that to maintain services at current levels we would need a rise in the council tax precept of up to £2 a month for the average band D property. This would also allow us to invest in a further 10 police community support officers to work in our communities.

“This is always incredibly difficult decision to take and before I make any final decisions, I want to hear your views. Please take the time to complete the survey and have your say.”

An increase of up to £2 a month (based on a band D property) would allow Gwent Police to maintain current police officer levels of 1,424, and also maintain previous investment in priority areas such as neighbourhood policing, child protection, hate crime, domestic abuse, rape, sexual assault, serious and organised crime, and victim support. It would also allow for a further 10 police community support officer posts to be created, bringing the total number of PCSOs in Gwent to 142. This is part of an ongoing plan to invest in PCSOs, growing numbers to 175 over the next three years.

To have your say before the survey closes on Sunday January 9, visit www.gwent.pcc.police.uk

Other formats of the survey are available on request from the Police and Crime Commissioner’s office by emailing [email protected] or calling 01633 642200.