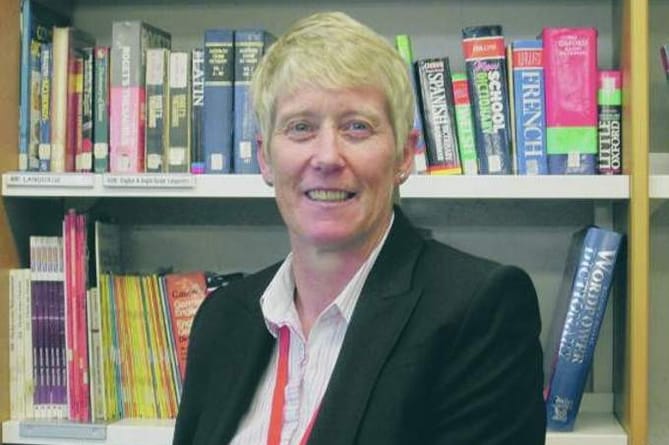 The end of the school term saw pupils and staff at King Henry VIII bid a fond farewell to long-serving headteacher Elspeth Lewis as she retired from her role at the school in Abergavenny.

Mrs Lewis joined KHS as Headteacher in September 2014, and quickly established her strategy to lead the school in improving the overall quality of the education provided there.

This focus on the core purpose of teaching and learning, alongside a commitment to excellent wellbeing provision for all students, has allowed the school to grow and flourish.

During her time she has taken King Henry VIII from being a school which Estyn judged as requiring significant improvement, to become a beacon of excellence, a true home for learning where both staff and students thrive.

UPDATED: A4042 reopens in both directions following collision

Never one to sit on her laurels, in March 2020, at the start of the pandemic, Mrs Lewis extended her role and became Executive Headteacher for two schools – King Henry VIII and Croesyceiliog School, in Cwmbran. At Croesyceiliog, she also succeeded in leading that school out of an Estyn category in a very short period of time.

This paints the picture of an extremely effective headteacher, but misses the fact that Mrs Lewis has championed her schools, supported her staff and put students at the centre of everything. She has cared deeply about them and their life chances – and this has been demonstrated time and again, when students who had officially left came back to King Henry, they sought out Mrs Lewis.

Speaking about Mrs Lewis, a spokesperson for King Henry VIII School, said: “As a mark of the respect and affection in which she is held, Mrs Lewis has had more farewell ‘events’ than Sir Elton John. This process reached its pinnacle on 21st June, at the closing night of the King Henry VIII show, ‘Oliver!’, when a special arrangement of the song ‘Thank you for the music’, dedicated to Mrs Lewis, was performed by the cast as a whole – bringing her career at the school to an emotional and joyous conclusion.

“Next year will be a challenging one for King Henry VIII, with the new build and the movement towards establishing the 3-19 School, but Mrs Lewis and the school governing body have assured the school community – students, parents and staff – that, with Mr Mark Stockham as Acting Headteacher, they will be in safe hands, and that the previous work of creating a thriving, successful, vibrant school will be carried forward.”