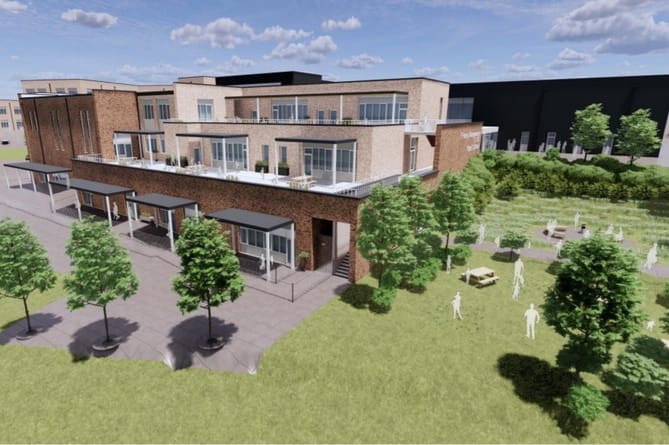 Plans for a new school serving 1,900 pupils aged three to 19 years of age have won the backing of council planners, despite concerns that the design is “unimaginative and uninspiring”.

The new development, previously estimated to cost £50m, will replace King Henry VIII - one of Wales’ oldest schools dating back to 1542 – and Deri View Primary, and is intended to be ready in time for September 2024.

It will include flying-start provision, a nursery, lower school, upper school and sixth form, and Monmouthshire planners have recommended approval of the scheme.

Abergavenny Town Council, although saying it does not “fundamentally object”, has raised several concerns about the application.

In its representation, it says town councillors were “unimpressed with the overall design of the school, describing it as unimaginative and uninspiring as a centre of learning for the 21st century”.

Town councillors also said there was “no time to fully consider” a pre-application public consultation on the plans, as well as voicing “strong reservations” about traffic management proposals.

Abergavenny and District Civic Society described the proposed new buildings as ‘functional’, but said ‘disappointingly’ the designs have “no special architectural quality”.

However the society says the benefits of the development “probably outweigh the environmental costs”.

A council report recommending approval says the design of the new school “although necessarily functional in appearance, will be a vast improvement on the existing school”.

It says the proposals “would substantially improve the design quality of buildings on site and would create a high quality place”.

New spaces will also be available for community use, including a sports hall, sports pitches and classrooms for adult education.

The plans show that the lower school will be located close to a stream and woodland, to allow for a supervised forest school.

A new public pedestrian and cycle route is also proposed across the site.