No time for staking the Zs! 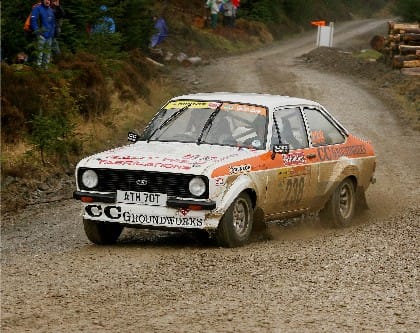 Having only just returned to the UK after finishing a fantastic fourth overall on the Kenya Airways East African Safari Classic Rally in December, the Datsun 260Z of 2010 Wyedean Forest Rally winner Steve Perez heads to Chepstow for this year's Weir Engineering-sponsored event.

Having been accompanied by John Millington in Africa, Perez will be reunited with Paul Spooner, who accompanied him to his Wyedean victory four years ago, this time.

Perez has contested the bi-annual Safari on several occasions before, but rates this one as his best performance to-date. Over eight competitive days, the event covered 3,700 kilometres and, by the finish, the Chesterfield driver was only headed by the Ford Capri of multiple Kenyan Champion Ian Duncan and the Porsche 911s of 1984 World Champion Stig Blomqvist and former Lada Dakar works driver Gerard Marcy.

Absent from the Forest of Dean last year, Perez and Spooner, from Raglan, will line up at the Chepstow start of the Weir Engineering Wyedean Forest Rally hoping for better luck than on their last visit in 2012 when, seeded at No.1 in Peez's event-winning Ford Focus WRC, they slid off the road in the snow and removed a front wheel!

The rally organisers, Forest of Dean Motor Club Ltd, can accept 165 entries and, with three weeks to go, that number has already topped 130. Regulations/entry forms can be downloaded from http://www.wyedeanrally.com&quot;>www.wyedeanrally.com.