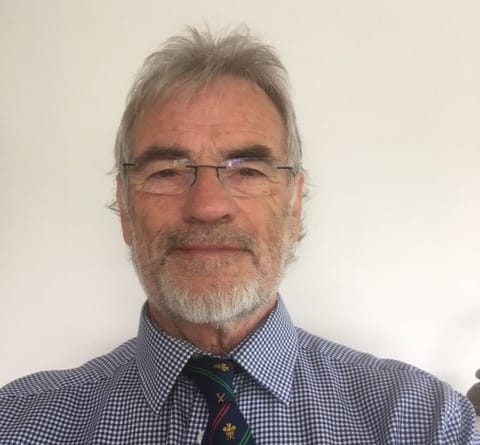 An Abergavenny Town Councillor who has served his ward for over three decades has been rewarded for his years of service with an invite to the Queen’s Garden Party at Buckingham Palace.

Chris Holland is one of the longest-serving community councillors having represented the community of Llanwenarth Citra for over 35 years.

An Indepenedent candiate, Chris Holland was successfully elected as community councillor for Llanwenarth Citra overcoming Labour candidate Sue McConel with 82 per cent of the votes, and he will now sit on Abergavenny Town Council for the first time.

Chris has been recognised for his years of service as a community councillor and will attend the Garden Party at Buckingham Palace on Wednesday May 25.

Chris was invited after having his name put forward by the Chairman of Llanfoist Community Council.

He said: “I was absolutely thrilled to be invited and was very proud that my name was put forward by a member of Llanfoist Community Council.

“I am really looking forward to it.”

Chris is excited about the prospect of meeting members of the Royal Family, and hopes to meet the Duke of Cambridge Prince William having missed his recent visit to Abergavenny.

Chris added: “I think the gates open at 3pm for the Garden Party and then members of the Royal Family arrive a little later to mingle with guests. Unfortunately I missed William and Kate in Abergavenny because I was playing hockey for Wales Over-70s so hopefully I will be able to get the chance to meet them this time.”