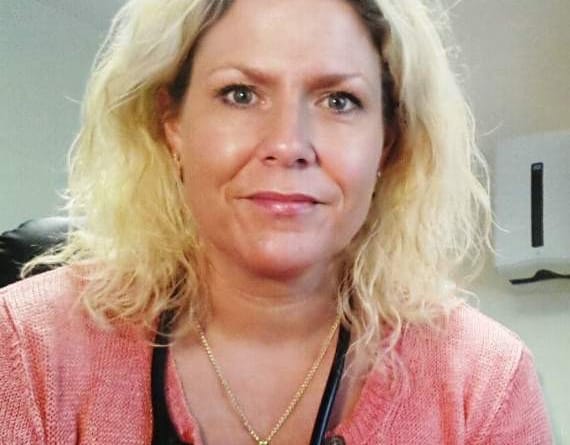 A GP who was convicted by a court of running an unlicensed clinic for transgender children was competent to provide treatment, a medical tribunal has ruled.

But while clearing Abergavenny doctor Helen Webberley of 83 misconduct allegations made by the General Medical Council (GMC), it ruled that another 36, including failing to provide adequate follow-up care to a 12-year-old who was prescribed testosterone, were proven.

The interim findings of fact were presented by the panel at a hearing last month, with a decision on her fitness to practise still to be determined.

She was suspended from practicing in the UK in 2019 after being fined £12,000 at Merthyr Tydfil magistrates court for running an unlicensed practice which treated 1,600 transgender patients and “gender dysphoric” children.

GP husband Mike Webberley was also suspended after the Medical Practitioners Tribunal Service heard his work for three young trans patients fell below the standards of care expected of a registered doctor.

The couple then moved online clinic Gender GP to Spain, which is now owned by an LGBT group based in Hong Kong and where they work as advocates of hormonal treatment.

Doctors registered in Spain can prescribe sex change drugs to UK children which have previously been blocked here.

Giving their findings of fact, panel chairman Angus Macpherson said: “The tribunal finds that the reluctance of the Endocrine Society and others to embrace enlightened views of transgenderism is symptomatic of the tendency in all professions to be slow to move with the times.

“This inertia in respect to medical attitudes to transgenderism mirrors past attitudes to homosexuality, which was classified by the APA (American Psychiatric Association) as a mental illness until 1973.”

Mr Macpherson said Dr Webberley had been “at the vanguard” of transgender healthcare at a time of “immense pressure” on the NHS England Gender Identity Development Service (GIDS), when some service users were “left in a state of desperation” and turned to her as an alternative, which was “hardly surprising”.

The panel found that: “Dr Webberley was at the material time a GP with a special interest in gender dysphoria and she was competent in the roles of mental health professional and hormone prescriber.”

But the tribunal heard that she had failed to respond to emails from the mother of a young patient whose testosterone prescription had run out, leaving the youngster with chronic depression.

The tribunal found: “The correspondence cited above between August 2016 and February 2017 demonstrates that, notwithstanding the anguish which Mrs A and Patient A were experiencing, Dr Webberley did not deliver follow-up care to Patient A in respect of psychosocial monitoring, or in fact physical monitoring and laboratory testing.

“Had she instituted a review system at the outset, she would not have been dependent upon Patient A or his mother requesting a review.

“If she was not going to arrange it herself, it was incumbent upon her to arrange for it to be provided by another.”

It also found she breached an obligation to arrange review consultations for 17-year-old Patient B after prescribing testosterone treatment.

Dr Webberley thanked her supporters this week and posted: “I think this is a very important case and the outcome and findings will have a huge impact on the care for trans people.

“I think the tribunal have considered this case in enormous detail, hearing from experts in the field and carefully examining my care and protocols.

“They have made some very clear observations on the care options available to trans youth in the UK.

“Thank you for all your messages of support and good wishes. I am so glad that the GMC process is coming to an end.”