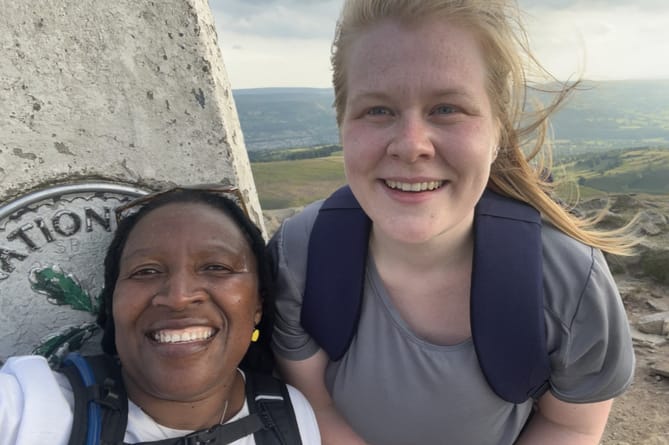 A local woman who founded a charity supporting communities in Zimbabwe is raising money by climbing the Abergavenny Three Peaks with a colleague on Saturday June 25.

Love Zimbabwe is a Welsh registered charity, working directly with people in different communities in Zimbabwe to find solutions and overcome challenges brought by poverty and climate change.

The charity was founded by Martha Musonza Holman, who came to the UK in 2001 having worked as a Geography and History teacher in her native Zimbabwe, in Mutoko in the Mudzi District for seven years.

One more death recorded in Monmouthshire

Martha met David Holman, now her husband, in April 2004 whilst studying in London and selling arts and crafts at markets. They were married in January 2007 and moved to Abergavenny and after several visits to Zimbabwe the couple created the organisation Love Zimbabwe Fairtrade CIC, a charity aimed at highlighting the positive aspects of Zimbabwe globally and helping people and communities suffering in poverty.

Martha and Lucinda and the Love Zimbabwe team have been working on various successful projects in Chinamhora Village for the last 6 years. Projects such as building a library, construction of organic keyhole gardens, and Covid-19 initiatives. These projects were aimed at overcoming adversity and improving the quality of life for the people of Chinamhora village

In August 2021, Martha was involved with managing a British Council funded project, ‘Connecting classrooms through global learning’ when she visited five schools in Chinamhora village.

She noticed a high number of girl absences, especially in grade 6 and 7. A follow-up meeting with female teachers highlighted that most girls at this stage stayed home during their menstrual cycle.

Issues such as lack of clean toilet water or sanitary products in extreme environments and cultural taboos and secrecy leave many girls scared and confused and forces them into isolation, avoiding contact with the public or going to school.

Upon her return to the UK, Martha raised the issue to Love Zimbabwe Trustees and it was decided that sanitation and feminine hygiene should be prioritised.

The aim of the fundraising challenge is to raise £2,500 for the charity’s Menstrual Health and Feminine Hygiene project. Both Martha and Lucinda have a passion for gender equality and helping women and girls in Zimbabwe to live sustainable and healthy livelihoods, with access to proper education.

The aim of the project is to help girls stay in school by employing mothers of disabled children at Chinamhora community centre in Zimbabwe to sew over 2,000 sustainable menstrual products made with organic cotton. Together with local schools, they will identify appropriate pupils who will benefit from this scheme. Teenage girls not in school will be notified and will also receive the pads, with workshops organised at Chinamhora community centre to educate the public about menstruation. 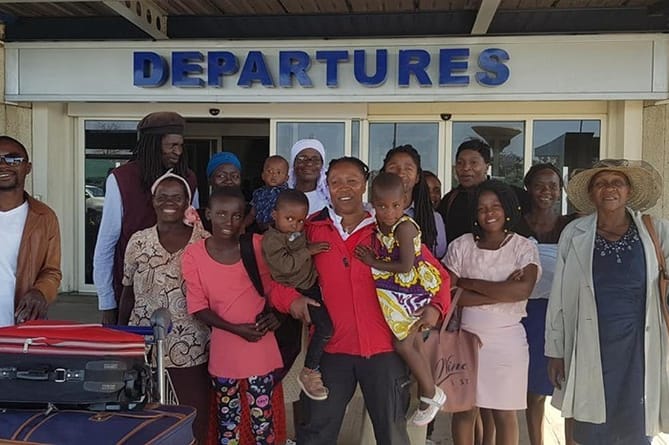 Posting on the charity’s social media page, Martha said: “Many girls lack access to sanitary wear and are forced to use rags, cloth, tissues, plants and even cow dung.

‘‘This is not only uncomfortable for them but it also puts them at risk of infections and health problems. Therefore, we will employ mothers of disabled children to sew over 2000 sustainable pads and we will give them free of charge to girls.

“Mountain climbing is hard, it isn’t easy but it’s even harder for the girls in rural Zimbabwe who face period poverty every month.

Speaking about their challenge, Martha said: “We have been practicing a lot and our feet are covered in blisters and our legs are painful, but we will keep going, as we are taking on this difficult challenge to enable us to support girls who are experiencing period poverty.”

A crowdfunding page for the project has been set up by the charity on Facebook, and as Martha and Lucinda step up their preparations for the climbing challenge £1,078 has so far been raised via the crowdfunder.

Martha added: “We would like to thank everyone who has donated so far for their generous support, and would like to urge everyone if they can to visit our page and please donate to a worthwhile cause that will make a difference to so many young girls.”