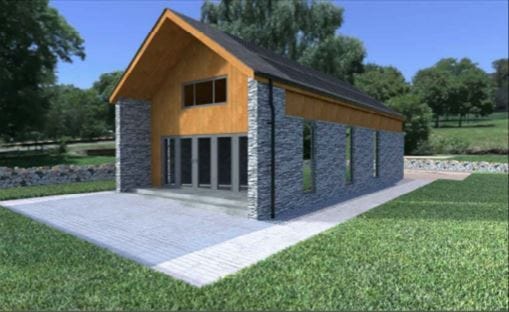 A BREWER has run into local opposition over his plans to build a 96 sq m fruit store to brew a new speciality beer.

But Tom Newman of Usk-based Lines Brew Co has won support from the local MP and the county council’s rural enterprise officer.

He wants to put the store on a three-acre fruit farm near Gwehelog Common, on the site of a working orchard with around 300 small trees.

A planning application has been recommended for approval by Monmouthshire Council planners.

But councillors deferred a decision last week amid concerns about waste management, the size of the building and hard standing, and the potential for bringing fruit onto the site.

The application says fruit from the surrounding orchard will be crushed and stored and blended in 3.5m-high tanks, while the brewing will take place elsewhere.

Councillors have been told the stone clad and timber building will be split into three areas, with an area for fruit crushing, an area for storage tanks and space to store agricultural equipment.

Solar panels will be installed on the roof of the building, which will be carbon negative, and rainwater will also be harvested.

Thirteen residents have lodged objections about the grassland plan, while councillors on Gwehelog Community Council have also raised concerns.

The community council said the building is large and “of an inappropriate size in proportion to the size of the site”.

While welcoming the prospect of jobs being created, it said the design of the building “does not appear to reflect a traditional ‘agricultural design’”.

Usk Civic Society has also objected, claiming the application is “lacking in candour about the intended use of the building”.

“Its size and design is not in proportion with the yield of the small orchard which it is intended to serve,” it said.

Former ward councillor Val Smith said she applauds the initiative, but that the design for the proposed use is ‘inappropriate’.

But Monmouthshire Council’s rural programmes procurements officer Mark Lloyd said the project has “the makings of an exemplar and sustainable rural enterprise which has the potential to create and safeguard jobs locally”.

Monmouth MP David Davies told planners he had met Mr Newman at his Bridge Street brewery and backed the application.

“While I do not have any influence over the planning process as a Member of Parliament, I would very much hope it is looked at positively.

“It is fantastic to see someone wanting to bring investment to the area and I believe this will be a fantastic opportunity locally.”