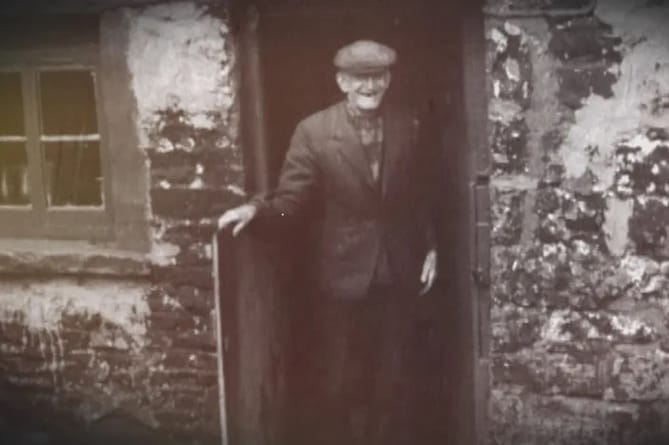 A NEW TV documentary has told the forgotten story of a Monmouthshire hillside village that was wiped off the face of the Earth nearly 60 years ago.

ITV’s Vanished Wales has revisited the site of long lost Pwll Du, which sat high up between Govilon and Blaenavon and was pulled down in 1963 after being declared a slum.

People who lived in the old mining village as children have recalled money being tight, but having the freedom of the hills to play in.

Founded in the 1820s to serve the iron works in Blaenavon and nearby limestone quarries, it once had 300 inhabitants living in 42 terraced houses, with two pubs, two chapels, a school and a shop.

All that remains today are the former Welfare Hall, now the Pwll Du Adventure Centre, and the Lamb and Fox Inn.

Once the local mines closed, people began to move out and the houses, which had no running water or sewerage, fell into disrepair. 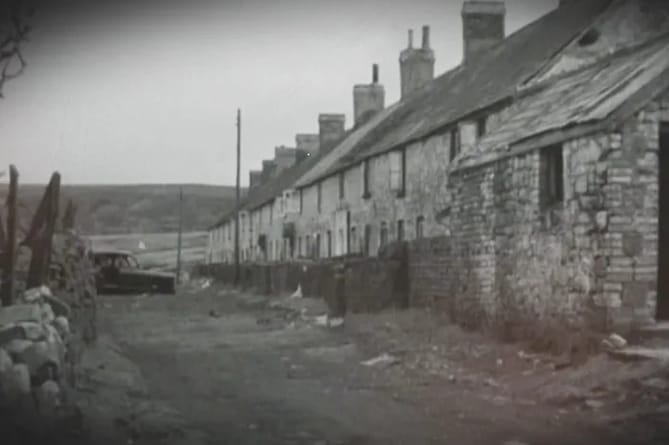 Pwll Du was a traditional mining community dating back to the Industrial Revolution (Credit: Vanished Wales/ITV )

Local writer Alexander Cordell wrote several novels about families living and working in the area, which sits above the Ogof Draenen cave system and was the end point of the Pwll Du Tunnel from Blaenavon Ironworks, the longest horse-powered tramway in Britain.

Surviving former residents say that despite the tough existence, it was “paradise” to live there as a child, with panoramic views of mountains and the Usk valley below.

Roy Gwilym tells Vanished Wales: “We were all the same. Nobody had anything, hardly any money.

“There was no electricity, no water in the house. You’d go outside to get a bucket of water and it had to be boiled on the coal fire.

And Robert Long recalls: “It was a paradise. There were mountains, valleys, woods and I could run free.

“That was the making of me, of my personality. Those days have never left me.”

Many had already left by the time the village was declared a slum in 1960, when residents were offered new housing down the valley in Govilon with indoor plumbing and electricity.

Looking at the ruin of the cottage she used to live in, Karen Simmonds tells the programme: “I have such happy memories of this place. Dad with his wheelbarrow, and mum with her tin of Welsh cakes, making cups of tea for everybody.

“That will always be something I think about when I’m here.

Vanished Wales first aired last Friday (June 10) on ITV Cymru Wales and you can catch up with the show on www.itv.com/walesprogrammes