Business of the Year nominations in the spotlight 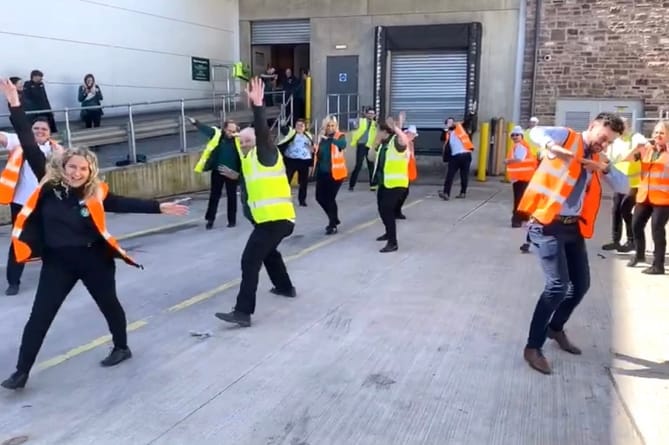 A cafe and staff at Morrisons supermarket are among the nominations for Business of the Year in our Community in Kindness awards.

The cafe, known as Ambika Social, can be found at Linda Vista gardens, in Abergavenny .

The nominee for Ambika Social says Linda Vista gardens has always been great, but it was so often unknown even by locals.

Ambika social started as a horse-trailer during the pandemic, set up by a single mum, whose focus was to provide an outdoor space for parents and children and anyone in the community who felt a little isolated.

It started mid-lockdown and was one of the only places you could legally and safely get a drink and snack and see other faces.

Due to the success of the trailer, Nadia, who runs the cafe, has since expanded into a fixed building, having converted a disused outbuilding that was a bit of an eyesore previously. As a result of there being a hub for people in the gardens there are now dog-walking groups who use the café as their meeting point. Nadia has collaborated with people in the community to host embroidery sessions, yoga classes, mother and toddler groups, storytelling in the park, and has been the reason for new friendships and people trying new things.

Her goal was to bring people together - she certainly has.

There’s something for everyone inside, and the park has never been so full.

More people are meeting up and sitting outside than before. Even when she had no indoor seating, in the trailer days during lockdown, she had long queues of people in all kinds and weather.

In the queue people would talk about how this café was the first time they had gone out for a coffee and cake since the beginning of lockdown, and quickly became a regular part of people’s allotted time outside, in the safety of the open air.

Nadia provided stickers on the floor 2m apart so people knew where to stand to queue, and put up a little hand sanitising area with a sink outside the horse box, along with dog bowl and treats.

After getting their food and drink people would be free to go off and enjoy the fresh air during lockdown and it did wonders for mine and plenty of others’ wellbeing.

Says the nominee: ‘‘It honestly was the only place I and most others in the queue felt safe enough to go out.

‘‘I was going through cancer treatment at the time and needed to get that balance of not risking my immune system but also protecting my mental health and having some sort of normality.

‘‘I know from speaking to others in the queue that they felt the same.

‘‘Now that there is a gorgeous seating area outside and inside, with activities for children, and always new events to look forward to, it’s going from strength to strength.

‘‘I think what makes it stand out for me is that although it has its own identity and vibe, the café and owner clearly evolve with the needs of the community and takes everything on board in terms of the community’s needs.

‘‘Nadia is really a facilitator of a lot of the community groups that go on in that area now, and all these great groups now have a venue.’’

The team at Morrisons supermarket who worked tirelessly through the pandemic to ensure local people got their deliveries on time has also been nominated for a Community in Kindness award.

Nominee Margaret says: ‘‘I was so grateful to them for doing their doorstep deliveries during the pandemic.

‘‘I don’t know how we would have managed without them.

‘‘They kept us safe and nothing was too much trouble for the staff.

‘‘They would all have a chat when I was putting my order in.

‘‘I even had compost for my garden, plants and even a frying pan delivered.

‘‘They were out and about when times were vbery dangerous with the virus and I can’t thank the staff there enough.’’

*Nominations are coming in for your local heroes right here in Abergavenny.

We have several contenders who have been put forward for the different categories for our Community in Kindness awards.Over the coming weeks we’ll outline their stories and the reasons why they have been nominated.