The popular event is organised and run by Abergavenny Rotary Club and sees thousands of visitors flock to the town to see a collection of mighty steam traction engines that have been a favourite amongst families for many years.

This year marked the return of the event, having been forced to cancel the event in 2020 and 2021 due to Covid pandemic.

With a whole host of vintage and classic cars available for this year’s event along with craft tents, there was something for everyone over it’s two-day run on Friday June 3 and Saturday June 4, with many people enjoying the good weather over the bank holiday weekend.

Taxi drivers could 'pop' over county border for cheaper licences

Abergavenny residents blessed with plenty of places to spend a penny

The Main Ring provided plenty of entertainment with live displays, ranging from motorcycle performances, sheepdog trials and a grand parade of classic cars and steam engines.

The event proved to be a roaring success with Abergavenny Rotary thrilled at how well-supported the Rally was amongst the local community and visitors.

"The Rotary Club is delighted with the overwhelmingly positive response from the public to the Rally, with near capacity crowds on the first very sunny day", said President Charles Harper.

"The following morning started off wet, but we were blessed with some lovely sunshine on the afternoon of the second day, which brought out the crowds once more".

President Charles thanked the Rotary Club members and the many volunteers who gave up their free time to make the Rally such a success.

“Without the input of the 40+ non-Rotarian volunteers it would not be possible to put on this event and with the Rotary Club members this makes for a very strong and happy team of about 70 people who are committed to the Rally, and not forgetting the hundreds of exhibitors and traders, most of whom return year after year", he said. 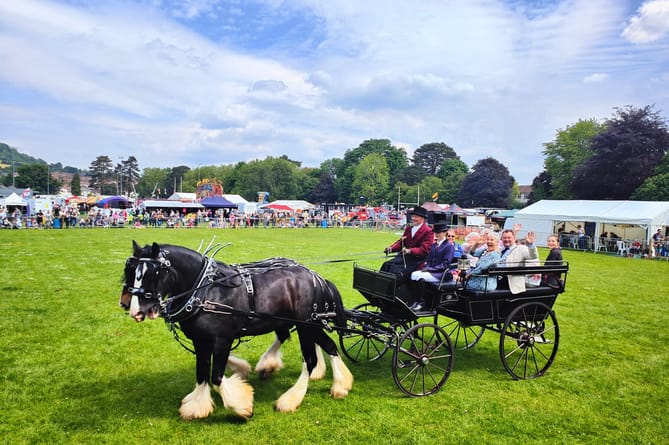 If anyone is interested in volunteering and giving something back to the community and becoming a member of the Rotary Club, they should contact David Tod the Membership Secretary at [email protected]