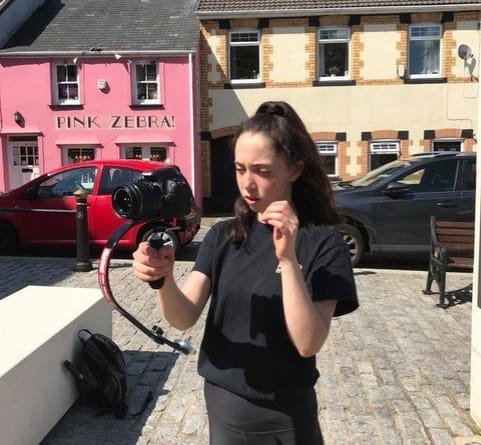 A Crickhowell teenager is set to walk the red carpet as a nominee at an awards ceremony for a charity organisation which supports and encourages young film-makers.

17-year-old Eden, an impressive young film-maker, will attend a star-studded ceremony at the Into Film Awards at ODEON Luxe Leicester Square on Tuesday June 28.

Into Film is a British Film Industry (BFI) and National Lottery funded educational charity, putting film at the heart of children and young people’s learning.

The film charity engages with over half of UK schools and counts Rhys Ifans, Matthew Rhys, Eddie Redmayne, Kenneth Branagh, Jack Lowden and Naomie Harris among its Ambassadors.

One more death recorded in Monmouthshire

Most expensive, busiest and trendiest parts of Monmouthshire to buy a house revealed

Having been forced to hold a virtual ceremony in 2020 and a brief hiatus in 2021 due to the Covid-19 pandemic, the Into Film Awards returns in full force this year, and will be hosted by comedian Sue Perkins.

17-year-old Eden from Crickhowell will be named as one of the three ‘Ones to Watch’ – an award developed in partnership with BFI Film Academy to recognise three phenomenal young people who have already impressed in the world of film.

Eden is a former Into Film Award winner for her film ‘I’m the One’ in 2020 and is about to study Film Production at the Arts University of Bournemouth.

Each of the three young people nominated as ‘Ones to Watch’ will receive industry mentoring, and the chance to win a cash prize of £1,000 to help support their film journey.

Eden says: “I was always that kid on the playground that would rather recite every scene in Harry Potter than play a game of tag. From a young age I discovered that filmmaking provided me with the ability to construct whatever narrative excited me at the time, which was an eye opening and thrilling concept.

“‘Ones to Watch’ is a particularly special nomination: the possibility that the jury at Into Film has seen potential in my filmmaking for the future is such an inspiring prospect. I hope to see myself in the future with a film production company and creating feature films that all audiences can resonate with.”

The Into Film Awards honour incredible Into Film Clubs, inspiring educators and talented young review writers as well as a host of remarkable films submitted across six filmmaking categories.

This year’s films cover a wide range of themes and topics, including the impact of lockdown on mental health, the intersection of race and beauty standards in the UK, Ukrainian cultural identity, climate change and environmental protection, managing OCD, anti-bullying, the importance of kindness and the anniversary of integrated education being introduced in Northern Ireland.

Non Stevens, Head of Into Film Cymru, says: “The aim of the UK-wide Into Film Awards is to promote the power of film in supporting the educational, cultural and personal development of children and young people. We’re so proud that Eden is flying the flag for our small nation once more, as so many have done before like Hedydd, who is a previous winner of the ‘Ones to Watch’ category, and now presenter of the award next week!”

Find out more about the Into Film Awards nominees and watch all the nominated films here: https://www.intofilm.org/news-and-views/articles/into-film-awards-2022-nominees