Residents of Abergavenny came together to celebrate the life of Queen Elizabeth II at a special memorial service at the Cenotaph on Frogmore Street on Monday September 19.

In jointly organising the event, Abergavenny Town Council and the Abergavenny Branch of the Royal British Legion came together to solemnly mark the funeral of HLM Queen Elizabeth II, by the laying of floral tributes at the War Memorial.

Father Jeff, Padre to the Abergavenny Royal British Legion, led the service which started at 6pm outside the Cenotaph before a minute’s silence was held lead by a Bugler playing the Last Post handing over to RBL Chairman Bryn Probert who introduced representatives from local organisations and groups, welcoming them to proceed to the Cenotaph to lay their tributes. 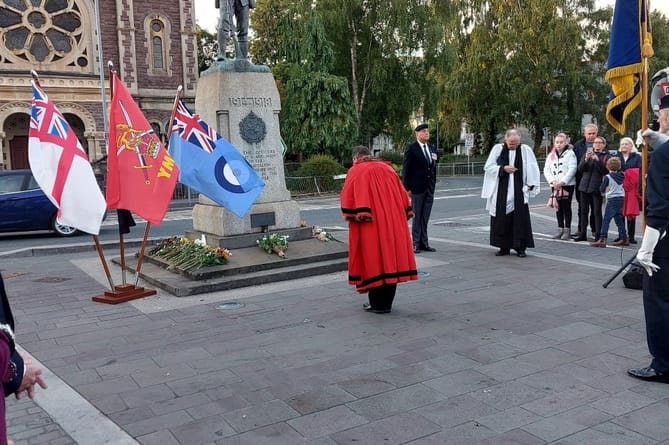 Monmouthshire's council tax increase is below the rate of inflation

The return of the Borough Theatre