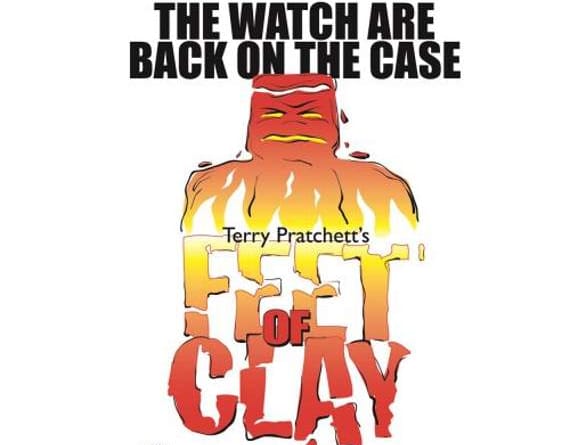 The group, celebrating 50 years of entertaining, decided it was fitting for its new show Feet of Clay to have a link to its past.

This will be the third time the group has put on a Pratchett play which features the colourful characters of the fictional city of Ankh Morpork.

"Our first Pratchett show Guards Guards was performed 14 years ago, said ATG chairman Rob Tollman, who reprises his role as Captain Carrot of the City Watch!

"Not only was it hugely successful but it also brought a lot of new members to the group, many of whom are still members today.

"Many of us have fond memories of taking part in the last two Pratchett plays so it seemed fitting to perform the third installment of the Watch novels in our anniversary year.

"Personally, I’m loving the opportunity to play Carrot again, particularly as he was a constable when I first played him!"

Feet of Clay features seven performers from the original show along with 11 new ones. One returning couple, Bleddyn and Catherine Richards had to bring their baby daughter to the odd rehearsal in Guards Guards and more than a decade later, that same daughter Erin, now in her teens, will join her parents for her ATG debut.

The show centres on the Watch, the police force of Ankh Morpork and, as many a Pratchett fan will tell you, contains a series of wonderfully eccentric characters.

Commander Vimes (another role reprised by ATG stalwart John Geraghty) must lead his team of watchmen, including a dwarf, a werewolf and a troll, to investigate who is slowly poisoning the city’s Patrician and why? Meanwhile, strange murders are taking place all over the city giving Vimes and his team even more to worry about!

"If you aren’t familiar with Terry Pratchett, I would urge you to come along and see what it’s all about."